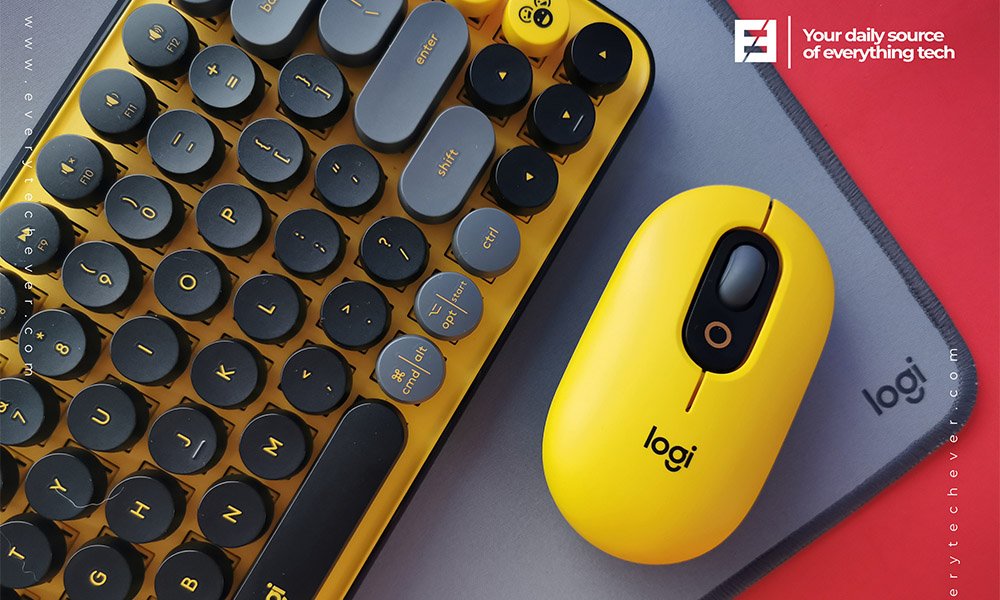 Mechanical keyboards are all the rage right now, and their ability to change key colors quickly, as well as that pleasant typewriter clickety-clack and frequently striking appearance, have them showing up in everyone’s social feeds. With its colorful wireless small mechanical keyboards, the Pop Keys, Logitech hopes to capture a piece of this trend. Of course, a colorful keyboard is useless without a colorful mouse, which is where the Pop Mouse comes in.

The PHP 5,990 Pop Keys, together with the PHP 1,690 Pop Mouse and PHP 1,000 Logitech Desk Mat, are part of Logitech’s new Studio Series of attractive computer peripherals. The keyboard appears to be an attempt to combine Logitech’s usual strong functionality, such as multi-year battery life and easy cross-device interoperability, with a cutesy TikTok-friendly aesthetic and novelties like emoji keys.

The new Logitech Pop series is just as vibrant and colorful, and it also replaces a few of the mechanical keyboard’s dull old keys with a charming TikTok-friendly look and emojis. Is the keyboard-mouse combo a worthwhile option? Let’s find out.

When you purchase the Logitech Pop Keys, you have the option of three cool aesthetics. Logitech refers to these as Daydream, Blast, and Heartbreaker, which are purple, yellow, and pink, respectively. In the Philippines, purple and yellow are the ones available. Each one will add a unique touch to your workspace, and you can even complete the look with a matching Logitech Pop Mouse.

There are two things you’re bound to notice as soon as you take the Pop Keys keyboard out of the box. The first is how much emphasis is placed on the emojis, and the second is how heavy the keyboard feels.

Then there’s the color explosion, which will leave you speechless. Among the three colorways available, the ‘Blast’ version we received for review is the loudest.

The keyboard itself is made of thick plastic and doesn’t feel particularly fancy, but it doesn’t need to because it’s more about aesthetics than anything else. One thing we could say is the build is of exceptional quality.

Although the Pop Keys’ typewriter-style keycaps seem amazing on social media, typing on them is tough and painful at first. It takes some time to get used to typing with a lot of errors.

While the Pop Keys are technically compatible with both Mac and Windows, the symbols for Option / Windows and Command / Alt are packed together on the same keys. It works alright, although it looks a little ragged. Especially with a keyboard that places such a high value on aesthetics as the Pop Keys.

The Pop mouse has the same color scheme as the keyboard, but it’s more simple and discrete. The mouse is an introvert who goes about doing its business quietly, which is the opposite of the Pop Keys’ clickety sound.

The contoured sides make it extremely comfortable in your hand, and the two curved rubber handles underneath to allow for a quick glide on any surface. There’s also a power button and a Bluetooth button for switching between three paired devices. The entire function is powered by a single AA battery that can be retrieved by raising the mouse’s top portion. According to Logitech, the mouse will last up to two years before requiring a new AA battery.

We love the silent buttons give an excellent tactile feel but no audible click, and the scroll wheel can be used for fast, fluid scrolling or small, high-precision adjustments.

The mouse works as promised, and Logitech’s intelligent scrolling is still one of the best. It’s lightning-fast when you want it to be.

The POP Keys feature typewriter-style mechanical keys with a scooped design and new-generation functionalities. Snip Screen, Mute Mic, and Media Keys are among the 12 new FN shortcuts to help with the modern workday. Feel your fingers bounce across the comfortable, scooped keys as they click, clack, and pop for an almost addictive typing experience on typewriter-style mechanical keys.

The swappable emoji keys are one of the coolest features of the Logitech Pop Keys. Heart eyes, sobbing, thumbs up, and fire, to mention a few, are among the eight most popular emojis chosen by Logitech. You can have four on the board at the same time, and the key below will take you to the entire emoji library. It’s actually rather beneficial if you frequently use chat programs on your PC.

The POP Mouse, on the other hand, fits conveniently into your backpack or pocket for on-the-go working, and the Smart Wheel, which automatically switches from high-precision to fast scroll mode, keeps you productive. Its sleek, comfortable form fits snugly in your hand, allowing you to work on whatever is required.

The “click in” of the scroll wheel can also be customized.

The Pop Mouse is approximately 4.5 x 2.6 x 1.4 inches in size. The added width and height of the Pop Mouse add a lot to its ergonomics.

Both POP products enable multi-device creation by connecting to up to three devices through Bluetooth or the Logi Bolt wireless receiver at the same time. Each is also guaranteed to be durable and have a long battery life, as is typical with Logitech devices.

The duo, however, does not come with a charging cord to connect to your computer for charging. The good news is that, according to Logitech, the battery will last for roughly two years.

It’s simple to connect the two POP devices. There are three Bluetooth profiles available (the feature requires at least Windows 10, macOS 10.15, ChromeOS 1, iPadOS 13.4, or Linux). By pressing a button on the mouse’s underside and keyboard’s F1, F2, and F3 buttons, you can cycle through them. You can tell which one you’re operating by a small light next to an image of PC 1, PC 2, or PC 3.

On the keyboard, you can remap the function keys and emoji keys, which is a godsend for individuals who don’t want all those shortcuts to suck up to important keys.

Using the software, the procedure of remapping the shortcut button on the mouse is the same. You can use it to quickly access a single emoji, the entire emoji menu, or a system function.

As of writing, we have received a software update (version 9.60.87) that brings a new feature called ‘Flow’ for the POP Mouse.

The mechanical pop keys are so lit!

POP Keys features typewriter-style mechanical keys with a scooped design and new-generation functionalities. Snip Screen, Mute Mic, and Media Keys are among the 12 new FN shortcuts to help with the modern workday. Feel your fingers bounce across the comfortable, scooped keys as they click, clack, and pop for an almost addicting typing experience on typewriter-style mechanical keys.

I became accustomed to typing on it, but it was still slower than my laptop’s built-in keyboard, the DELL 5405. Using an online typing test, I was able to get around 51 words per minute, but with my laptop keyboard, I was able to consistently reach 85-90 words per minute. Because of the round keys and my lack of practice, accuracy suffered significantly. The typos got less common after a lot of practice.

The mouse works as promised, and Logitech’s clever scrolling is still one of the best. It’s lightning-fast when you want it to be and silky smooth at all times. If you want accessibility to emojis, the quick access button beneath the scroll is a lovely touch, and it, too, can be customized using Logitech’s software.

Should you buy Logitech POP Keys and Mouse?

For writers, this isn’t the ideal option, but for everyone else, the unique typewriter design adds a little something to their day. It is also for individuals who appreciate pure aesthetics and emojis with a little compromise. We’d say it’s designed for Generation Z.

If you like Logitech’s style and use emoji frequently enough to allocate many keys on your keyboard to them, the Pop Keys theoretically fulfill its promises.

The POP Mouse has its advantages and disadvantages: a compact design with some ergonomic features for typical hand sizes, but it won’t remain ergonomic over lengthy sessions, and big-handed folks will not enjoy it.

On the other hand, is straightforward and simple to use, with the added bonus of a personalized emoji button. It is, however, a little costly, but it is recommended to pair it with the POP Keys. It’s like the chili on the enchilada.

The POP Keys and POP Mouse are now available in the Philippines for PHP 7,680 as a bundle. You can also purchase them separately at Php 5,990 for POP Keys and Php 1,690 for POP Mouse. For more information, please check out Logitech PH on Facebook. You may also visit the Logitech G website, the Logitech Official Store in Shopee, or the Logitech Lazada Flagship Store.

Logitech POP Keys and Mouse Review: Made For Gen Z 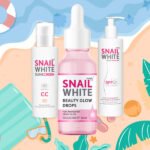 Prepare for Summer with these essentials from SNAILWHITE
Leave a comment