Sing for the Stars reaches its exciting conclusion this week, when just a few months ago, a completely digital singing competition was unheard of. Now, it’s an ongoing reality, thanks to social app Kumu and its live-streaming capability that has turned the entertainment industry on its head.

Co-hosting features that allow for up to nine different camera views have enabled people from across the globe to connect and conduct an entire season of a show in one virtual space, signaling that the future of live performances is here. All while conquering other forms of media and covering several mainstream events, Kumu is doubling down on creating opportunities for dreamers—while never asking them or their potential audiences to step out of their homes. Instead, it gives every performer a stage, and every fan a front-row seat.

Now, from hundreds of hopefuls, Sing for the Stars and its celebrity judges Lea Salonga and Warner Music Philippines’ senior A&R Manager Kelley Mangahas have narrowed the list down to the Top 3: Archie Aguilar, Shanne Gulle, and Christian Bahaya.

Meet the top 3 finalists of Sing For The Stars:

These three stars in the making will be battling it out for the title of Grand Champion, as well as a cash prize of $10,000, a one-year record deal with Warner Music Philippines, a mini-concert on Kumu, and a one-on-one coaching session with Michael Bublé himself. The first and second runners-up will receive $4,000 and $2,000 in cash, respectively.

Watch it all unfold alongside both celebrity judges, with a performance from host Shanaia Gomez together with the contestants on April 9, 2022.

One winner will achieve their dreams—but after that, who knows? Kumu is home to dozens of categories that showcase talents both niche and mainstream, so whatever it is you, love, you’ll definitely find a crowd for it. Experience your own brand of stardom on the Kumu app, available for download on the Apple App Store, Huawei Store, and Google Play. 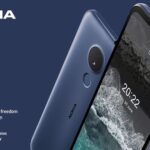 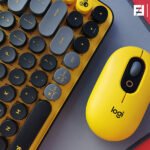 Logitech Pop Keys and Mouse Review: Made For Gen Z
Leave a comment