A new real-time strategy game has arrived in town. Age of Empires IV is now available for Windows, bringing the main series back after a 16-year break. The game has a single-player campaign as well as multiplayer for up to eight players, developed by Relic Entertainment and Xbox Game Studios’ World Edge.

Age of Empires IV is a $59.99 PC game that can be purchased on the Microsoft Store and Steam. The Xbox Game Pass for PC (or Ultimate) subscription, like other Microsoft first-party games, gives complete access to the experience at no additional cost.

The Digital Deluxe Edition costs $79.99 / £69.99 and is exclusively available through Steam. The base game is included, as well as a slew of exclusive digital extras like monuments, coats of arms, and a soundtrack.

The normal version costs $59.99 / £49.99 on Steam and the Microsoft Store, and it will also be accessible via Game Pass for PC, which allows you to download Age of Empires IV for free. 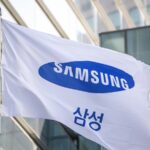 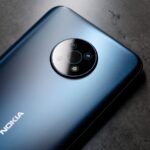