We’ve heard a lot about the Motorola Edge 30 phones thanks to a slew of leaks, as well as the Moto Edge X30, which will ship in China in 2021, but Moto has yet to recognize its upcoming series of Android phones to replace the Edge 20 models.

That has changed today, and Motorola has teased a new Edge phone for February 24 in a tweet. The tweet includes an image, which you can see above, as well as the hashtag #findyouredge (which indicates that this is an Edge phone) and the date 02.24, which indicates when the phone will be released.

If we have any doubts that this is the Motorola Edge 30, it’s not because we don’t believe new Moto Edge phones are on the way; it’s because we don’t know for sure what the new phones will be called.

However, given they follow the Edge 20 series, which preceded the initial Edge mobiles, it appears to be a strong possibility – especially since the Edge X30 has already launched, implying that the future handsets will be in the 30 family.

According to rumors, the Moto Edge 30 Ultra will be the star of the show, with strong back cameras and the ability to use a stylus. 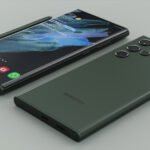 Galaxy S22 series could have Snapdragon chips in India
Next Article 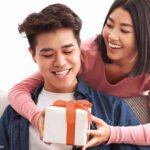