This quarter, a tonne of brand-new smartphones were released in time for the holiday season. It might be difficult to decide which of these alluring new products to buy and which offers consumers the best value. The HONOR 70 and Huawei Nova 10, two of the hottest smartphones just released in the Philippines, have nearly equal specifications and pricing.

Which of these smartphones offers the most value? Let’s help you decide.

Let’s look at this comparison chart first to get a general idea of which of the HONOR 70 and Huawei Nova 10 looks better on paper. To emphasize which features stand out in comparison to one another, we’ve bolded a few of them.

As you can see, the HONOR 70 has seven unique features that make it stand out from the competition. But let’s dig into the specifics.

The Huawei Nova 10’s appearance is attractive, though a little over the top. The phone’s front is quite nice, featuring a huge 6.78-inch AMOLED screen. On the top left, there is a pill-shaped cutout for the camera, which has two front-facing cameras.

The company’s nova logo is emblazoned at the bottom of the phone in gold on a somewhat textured metal of some kind. Although I think the camera module is a bit overrated.

The Honor 70 is a pretty stunning phone. It feels light in the hand, and, depending on how the light hits it, the rear of the device appears more “striped.” It has a nice appearance and feel, and I believe the design is still distinctive enough to set it apart from competing products on the market. Inside the two camera circles are the “Super Sensing” IMX 800 camera, the 50MP ultra-wide camera, and the 2MP depth camera.

The phone has excellent build quality. Both the front and back panels are made of curved glass and have a metal frame. Even though it is made of such high-quality materials, it only weighs 178 g.

The 6.67-inch OLED screens on both phones have a refresh rate of 120 Hz. Both devices also support FHD+ (2400 x 1080) at 395 ppi in terms of resolution. The HONOR 70, however, stands out due to its high screen-to-body ratio of 90.7%. It implies that you get a better viewing experience, which is ideal for playing games and enjoying your favourite shows.

To Huawei’s credit, the business hasn’t really lost its way when it comes to cameras. A respectable camera system is included with the Nova 10. The front-facing camera system, with a 60MP ultra-wide sensor, has some of the most powerful camera hardware available.

The front-facing camera’s 2x telephoto is another extremely cool feature. Ever watch a video on a social media site when the user is zooming in on something behind them? It’s intended for just that. Even though it’s not really my cup of tea, it makes perfect sense to put it on a phone geared toward younger users.

Thanks to Sony’s IMX800 flagship sensor, the Honor 70’s camera is hailed as exceptional. The Honor 70 comes with a brand-new 54MP main camera with an f/1.9 aperture that can capture breathtaking images.

Alhough The front-facing camera on the Huawei Nova 10 is larger at 60MP, while the “Solo Cut” video mode on the Honor 70 is a special function that enables you to identify a specific person in a crowd. Even if the subject is part of a group, it will still show them in an additional cut on the right side after you choose your subject. Additionally, you may simultaneously record two different videos—full view and solo view.

The Full View is landscape-oriented, which enlarges and stretches the frame horizontally. While using portrait orientation, Solo View spreads the frame vertically. If, for example, you wish to upload your films on other social media platforms, this option might be quite helpful. This is ideal for content producers, especially vloggers, because it saves time when filming key information.

The Honor 70, which has a Snapdragon 778G Plus chip, is the ideal option. It has 5G, is quick, and is powerful, while the Huawei Nova 10 lacks 4G and uses an outdated version. Both software products have an easy-to-use user interface, but the HONOR 70 has Google Play services, which makes it an easier option.

Among the two, the HONOR 70 is undoubtedly the overall best performer. In addition to having a camera sensor on par with flagship models, it also features the most recent Snapdragon 700 series CPU with inbuilt 5G connectivity. Additionally, this phone offers you access to the entire Google Play ecosystem.

Sadly, despite all the work and advancements, it’s still difficult to recommend a Huawei phone to most people. While there are less expensive choices available that can offer much of what Huawei can, switching to Google Play Services makes getting all of your favorite apps just as simple as ever.

Let us know your thoughts by leaving a comment down below. 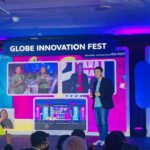