The launch date for HONOR’s forthcoming flagship smartphone has been revealed. The company has said that on November 23 at 2:30 PM UTC+8, at a special event in China, it will introduce its upcoming flagship, expected to be dubbed Magic 5. Other information, such as the smartphone’s pictures, cost, or features, has not yet been made public.

Although the HONOR Magic 5 has not yet received an official announcement, a reputable leaker named Digital Chat Station has claimed that it would be among the first few smartphones to run Qualcomm’s upcoming Snapdragon 8 Gen 2 chipset. On November 15–17, Qualcomm will have its annual summit, during which the Snapdragon 8 Gen 2 will likely be unveiled as the company’s next flagship chip.

The rumored HONOR Magic 5 smartphone will reportedly have a large 6.8-inch LTPO OLED display with an adaptive 120Hz refresh rate in addition to quick internals. It will (probably) operate on Android 13 and HONOR’s Magic UI 7.0 software. According to reports, the smartphone series supports cable charging up to 100 W and batteries up to 5,000 mAh.

Last but not least, rumors suggest that HONOR’s upcoming flagship would have a 50MP camera as its main sensor and the company’s exclusive AI-ISP. As the launch date approaches, we anticipate that more details will become available. 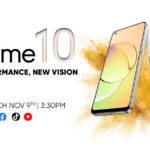 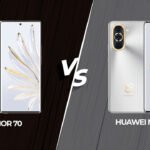