The Moto G series features a blend of 4G and 5G phones. The current Moto G52 dropped out owing to its 4G-only Snapdragon 680 CPU, and, by the look of it, the Moto G42 will utilize the same processor. Leaked documentation suggests that the next Motorola Moto G62 will support 5G.

The Moto G62 will apparently be powered by the Snapdragon 480+, the same chipset that was utilized in the Moto G51 5G. While it employs newer CPU cores and a more powerful Adreno GPU, the 480+ is fabbed using the older 8nm technology, while the 680 is on a 6nm node.

The Moto G62 will have a 6.5″ FHD+ display running at 120Hz. It will most likely be an AMOLED panel, based on the lack of an apparent fingerprint reader. Punched through the display will be a 16MP selfie camera. The triple camera module setup on the back will include a 50MP main, an 8MP ultra-wide, and a 2MP macro.

The phone will get a 5,000 mAh battery with fast charging features.

The Snapdragon 480+ will have 4GB of RAM, 128GB of internal storage, and a MicroSD slot that lets you add more storage.

The Motorola Moto G62 will cost under €300, according to WinFuture. 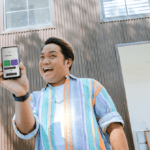