Spike Spiegel (Cho) stands in front of Bebop’s rising hangar doors, looking out over a futuristic cityscape with his personal spacecraft, the Swordfish II, visible in the background. The scene cuts to a shot of the asteroid colony of New Tijuana, intercut with Spike discussing his new line of work as a bounty hunter with his partner Jet with his old acquaintance Ana (Tamara Tunie) (Shakir). Spike tells Ana that if she ever needs to find him, he now goes by the name Spike Spiegel, implying that “Spike Spiegel” is merely an alias he adopted to conceal his identity after faking his own death and leaving the Red Dragon Syndicate, unlike in the original series.

As the series’ theme song “Tank” begins to ramp up, Jet is seen piloting the Bebop towards an Astral Gate, amusingly banging shut one of the ship’s shutter windows. From there, fans of the original Bebop anime will recognize a lot of the territory: Spike and Jet are seen fighting the Teddy Bomber, with monochrome flashbacks of Spike and his lover Julia (Elena Satine). Faye (Pineda) appears in a darkened ship corridor wielding a rifle before cutting away to a scene of the trio at dinner, with Faye suggesting that they form a team. Spike fights Vicious (Alex Hassell) in a cathedral, we see a spacecraft soaring through space and Cho’s smooth delivery of “depends on who you ask” before soaring over a dock at night aboard the Swordfish II.

In terms of look and setup, the trailer looks very different from the original anime series, with a stylized approach to the source material reminiscent of the Wachowskis’ Speed Racer or Scott Pilgrim vs. The World.

It’s unclear how much of the original 26-episode anime Netflix’s Cowboy Bebop will be covered in its first 10-episode season, or whether Ed, the genius child hacker and fan-favorite character from the original series, will appear this season, though their presence was seemingly hinted at in a teaser video posted on Twitter in the lead up to the release of “The Lost Season” teaser. 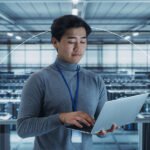 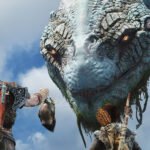 God of War is officially coming to PC
Leave a comment