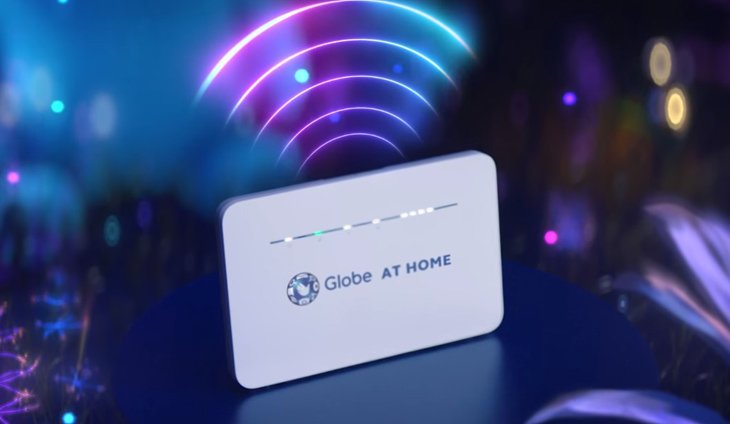 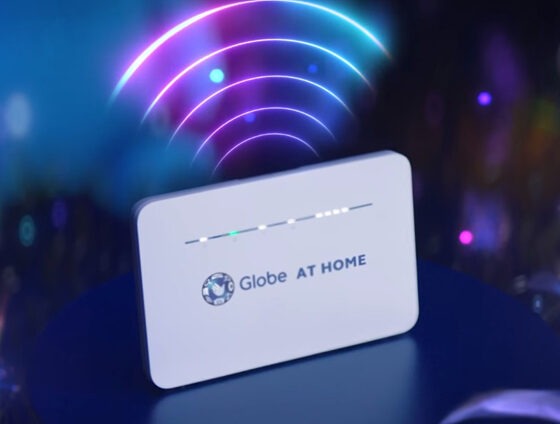 Globe At Home also dominated the list for 10 out of 12 months.

Globe At Home has topped the Internet Service Providers (ISPs) performance rating of subscription-based streaming service Netflix in the Philippines for the fourth straight month this year.

Based on the April 2022 Netflix ISP Speed Index, Globe scored the fastest speeds through its Globe At Home Broadband Business. In 2021, Globe At Home also dominated the list for 10 out of 12 months.

The speed index is vital for Netflix streaming because its videos load quickly on networks with low latency, packet loss, and jitter. Otherwise, users may encounter issues such as buffering and pixelization while watching videos.

“We are glad that we could offer consistent, high-quality video streaming speed.  It is a testament to our unrelenting efforts to provide affordable, world-class connectivity to Filipinos across the Philippines,” said Barbie Dapul, Globe At Home Vice President for Marketing.

Globe is spending P89 billion this year for its aggressive network expansion to boost internet quality and coverage. This is part of its commitment to the United Nations Sustainable Development Goals, particularly SDG No. 9, which underscores the crucial role of infrastructure and innovation in development.

This year’s capital expenditure allocation will be used to build new cell sites, upgrade existing sites to 4G/LTE, accelerate the rollout of 5G connectivity, and fast-track the fiberization of Filipino homes nationwide.

The company’s broadband arm, Globe At Home, has unveiled GFiber Unli Plan 1699 which offers up to 150 Mbps and a free entertainment content bundle for subscribers to indulge in their favorite shows.

This most aggressive Globe At Home Internet plan in the market today includes free three-month access to Viu, Amazon Prime Video, HBO Go, and Discovery+.  It also comes with free 24/7 unlimited teleconsultation with a licensed doctor via KonsultaMD for three months.

Those who want a more leveled-up WiFi at home connectivity can get GFiber Unli Plan 2499 with speeds of up to 500 Mbps. On top of the free entertainment content bundle, the package offers a free landline with unlimited calls to Globe and access to VIP hotlines.

“With Globe At Home GFiber Unli Plans, every family member has the best leverage to achieve their full potential. Along with fiber-strong connections, Globe has redefined connectivity by offering free access to entertainment content and healthcare,” said Janis Racpan, Head of Globe At Home Product Marketing.

Globe At Home ensures that its postpaid plans have a rich ecosystem that could help uplift the lives of Filipinos and allow them to thrive in the new normal using fiber technology.  Through GFiber, subscribers can experience stronger internet coverage, faster and steadier connectivity with future-proof solutions for their needs today and the future.

Globe continues its aggressive rollout of free broadband fiber upgrades within serviceable areas nationwide as part of its commitment to help bridge the digital divide among Filipinos.

This is part of its commitment to the United Nations Sustainable Development Goals, which highlight innovation and infrastructure as drivers of economic growth and development under SDG No. 9.

In the first quarter of 2022, Globe recorded a rise in fiber broadband takeup by 155%, with 1.74 more fiber-to-the-home lines built than the same period last year. Billionaire Elon Musk’s high-speed satellite internet business Starlink is set to enter the Philippines after its local branch won regulatory approval from the country, which is battling with poor internet speeds.

The Philippines’ telecom regulator on Friday said it accepted the registration of Starlink Internet Services Philippines Inc., “paving the way for the company to start delivering internet access services to the Philippine market in the coming months.”

Starlink’s service is planned to be up and operating in the Philippines by the fourth quarter, according to its website.

The Philippines will be the first country in Southeast Asia to provide Starlink’s services, which are offered by modern, low-orbit satellites, the country’s National Telecommunications Commission said in a statement.

The service is offered in more than 30 countries, notably in North America and Europe. It has deployed nearly 2,000 satellites and aims to launch thousands more. The company offers high-speed, low-latency satellite internet service with download speeds of between 100 megabits per second and 200 Mbps, the commission said.

The commission stated that Starlink is intended to cover unserved or underserved villages in urban and suburban areas as well as rural areas.

Mary Grace Mirandilla-Santos, an independent industry researcher, said Starlink’s debut in the Philippines will provide a choice for end consumers, especially those in areas not serviced by incumbent carriers.

But its success in the country will partially depend on how swiftly the government can permit Starlink to set up the required infrastructure. “Is there enough spectrum for satellite Internet? Will Starlink be allowed to develop the necessary network so that it may provide flawless end-to-end satellite broadband service to the Filipino people?”

Another question “is there a market response? Will Filipino consumers utilize the service? Is Starlink’s service affordable enough? ” Mirandilla-Santos said.

By June 2024, Canadian service providers will be compelled to remove Huawei and ZTE 5G equipment, and 4G equipment by the end of 2027. To protect national security, Canada announced on Thursday, May 19, that it will prohibit the use of Huawei Technologies Co., Ltd., and ZTE Corp. 5G equipment, joining the rest of the so-called Five Eyes intelligence-sharing network.

Industry Minister Francois-Philippe Champagne told reporters in Ottawa, “We intend to exclude Huawei and ZTE from our 5G networks.” “Under the plans, we’re announcing today, providers who already have this equipment will be required to stop using it and remove it.”

According to Champagne, companies will be required to remove their 5G equipment by June 2024 and will not be reimbursed. By the end of 2027, companies that use 4G equipment must remove it.

The widely anticipated decision had been postponed due to diplomatic tensions with China. The equipment has already been banned by the rest of the Five Eyes network, which includes Canada, the United States, the United Kingdom, Australia, and New Zealand.

Canada first announced in September 2018 that it would look into the potential national security risks of using Huawei equipment.

Then, in December of that year, Huawei’s chief financial officer, Meng Wanzhou, was arrested in Canada on a US warrant, igniting a long-running dispute with China that was finally resolved last September when Meng was released.

Following Meng’s arrest, Beijing detained two Canadians and charged them with espionage. Meng was released on the same day as the two men.

The decision comes after Canadian telecom companies chose to use 5G hardware from other companies.

The alleged security concerns, according to a spokesperson for China’s embassy in Canada, are a “pretext for political manipulation,” and Canada is cooperating with the US to suppress Chinese companies.

In an interview with the Canadian Broadcasting Corporation, Alykhan Velshi, Huawei’s vice president of corporate affairs in Canada, said the company is still waiting to hear “what kind of national security threats they think Huawei poses.”

According to Velshi, Huawei still has 1,500 employees in Canada, mostly in research and development, and sells products such as cell phones.

Along with the ban, Canada’s Public Safety Minister, Marco Mendicino, announced that new legislation would be drafted to protect critical financial, telecommunications, energy, and transportation infrastructure from cyber threats.