Globe, the leader in the 5G gaming experience, continues to enhance the experience of Filipino gamers, serving as the main presenter of the recently concluded annual Electronic Sports and Gaming Summit (ESGS) for the first time.

According to Opensignal, “Globe users saw the greatest improvement in their overall experience when playing multiplayer mobile games over cellular connections since our last report.”

“It is our goal to upgrade the experience of Filipino gamers and spread the good in gaming. So what better way to do it than supporting the country’s premier gaming event,”.

After holding online events due to the pandemic, the Philippines’ largest gaming convention delivered an on-ground esports and video games experience at the SMX Convention Center in Pasay City from October 28 to 30.

The ESGS, organized by Gariath Concepts, has been offering a wide range of gaming experiences and has been at the forefront of trends, news, and announcements in the gaming world.

“We see the potential of Filipino esports gamers and content creators and their ability to really excel and succeed in this field, not just regionally but globally. It is our mission to make this happen,” Siongco added.

Esports has been growing in the Philippines at an estimated 12.8% yearly with the growing number of users and the creation of more teams, tournaments, and companies catering to the industry, according to Statista.com. The industry’s revenues are projected to reach $6.18 million this year.

Globe continues to introduce new platforms, products, and activities to Filipino gamers amid the growing interest in the gaming and esports scene in the country.

As part of its Globe of Good campaign, the digital solutions platform allowed visitors to send donations to the Hapag Movement, a Globe-led initiative to address involuntary hunger through technology.

Those who would like to help may send support via the New GlobeOne app using Globe Rewards points, through GCash, and through credit card donations.

At the event, gamers also learned how to address climate change via the Globe Climate Champions mobile game, which aims to teach Filipinos about carbon emissions and how incremental daily decisions can help minimize their carbon footprint.

Globe Climate Champions is accessible to the public through the new Globe One app, GCash, and the KonsultaMD apps. Less than a month since its public availability, the game has already been played over 240,000 times. 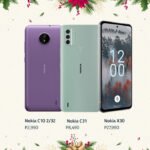 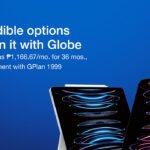