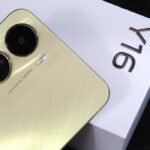 We know that the Y series is vivo’s entry-level range of smartphones and is one of their most popular models. The vivo Y16 is yet another attempt to become everyone’s go-to phone for social media, photography, and people on the go.

Many of us strive to own these cutting-edge smartphones. But let’s face it, not all of us can afford it. Will the vivo Y16 be an excellent budget phone this holiday season? Let’s find out in our full review.

The contents of the box are pretty straightforward. The Vivo Y16, wrapped in protective plastic, will be revealed once you lift the lid. A smaller packet contains the SIM card ejector tool, some paperwork, a USB Type C charging cable, and the little 10W charging brick hidden underneath. Sadly, unlike other cheap phones, there is no protective case.

Here’s our unboxing of the vivo Y16:

Despite having a plastic casing, the Vivo Y16 doesn’t feel as cheap as many other plastic phones we’ve used. It resembles the more expensive vivo T1 5G and has a stylish look. It has a slim 8mm, 2.5D curvature, and a flat frame. The vivo Y16 has a trendy look that can match anyone’s aesthetic.

The phone is large but comfortable to hold, weighing 184 g and measuring 164 x 75.6 x 8.2 mm. According to our experience, the brand claims that the back of the product is anti-fingerprint and anti-scratch is accurate.

A fingerprint scanner is built into the power button on the right edge of the phone, underneath the volume rocker. We discovered that using it made waking up the phone incredibly simple and was immediately available and fast to use.

Thankfully, the phone has a USB-Type C connector, becoming increasingly common on low-cost phones. The 3.5mm headphone jack next to the port is a great addition.

Users who prefer larger displays may appreciate the vivo Y16 6.51-inch LCD panel with HD (720 x 1600) resolution. A “teardrop” notch holding the front-facing camera separates it at the top.

With those specifications, this display is basically on par with its competitors. Although some users may not care, HD has a slightly lower resolution than most non-budget phones. Since many games and streaming services produce FHD content, you could notice that graphics appear a little fuzzier.

The phone will be simpler to use in sunlight thanks to the LCD panel than it would be with a low-cost OLED screen, although color fidelity isn’t very good. The colors are nevertheless relatively bright. The vivo Y16 is very typical in this regard because most low-cost smartphones employ LCD panels, much like how it uses HD resolution.

The vivo Y16 screen did not particularly impress us, but it did feel utterly acceptable, given its pricing. If you aren’t playing a lot of games or streaming a lot of movies, you probably won’t mind the display’s drawbacks.

The Mediatek MT6765 Helio P35 processor, along with 4GB of RAM and 128GB of storage, powers the Vivo Y16. That’s a low-end chipset, and it shows because the phone occasionally lags when heavily multi-tasking, especially when playing some games.

High-end games, which are not precisely the phone’s cup of tea, don’t work well on it. However, we’re happy to report that Call of Duty and Mobile Legends can be played with respectable visual quality.

The vivo Y16 has a Multi-Turbo 5.5 feature that, if you need a little boost, minimizes lags and stuttering in games by intelligently allocating and prioritizing CPU and RAM even when numerous applications are open.

The vivo Y16’s speakers, though a tad tinny, have respectable loudness, which is suitable for binge-watching your favorite series on Netflix or Disney+. The speakers are also perfect for calls without any distortion. Those who prefer wired audio can enjoy the 3.5mm jack on this phone, mainly if you are a music buff.

The vivo Y16’s big storage and battery are two main selling points. The vivo Y16 has a significant 128GB memory that can be expanded to 1TB through a microSD card at a lower cost than its rivals with the same capability. With this, you won’t need to delete pictures or videos to free up space.

The vivo Y16’s Extended RAM feature adds up to 1GB of extra storage to its 4GB of RAM to help multitask.

The 5000mAh huge battery powers the vivo y16 despite its slim and light body. vivo claims that a fully charged vivo Y16 can last up to 18 hours of HD video streaming, 12 hours of intensive gaming, and 35 hours of non-stop music.

We were pleased with the phone’s battery life because, under “average” use, it easily exceeded a day. However, we never observed the battery running out within a day, even under heavy use conditions.

Given the lengthy battery life, one full charge goes a long way even though the charging rate is only 10W, which means it will take longer to complete the charge. Surprisingly, it also has 5W reverse charging capabilities.

We know vivo’s established position in the smartphone camera market, particularly its flagship models. But vivo did not disappoint, even at the entry-level end of the range.

Although they won’t compete well, the photos we took using the phone looked acceptable. In well-lit photographs, the colors appear more washed out than they ought to, but they still appear natural and vibrant. Low-light photography produced relatively grainy images, but it was still usable if your hands weren’t shaky. It’s possible that the lack of a dedicated Night Mode option on the vivo Y16 is to blame, but you can also experiment with ISO and shutter rates in Pro mode.

Here are some unedited shots taken by the vivo Y16:

The selfies turned out nice because they were relatively accurate in color and showed great detail. However, neither the rear nor the front cameras should be used in portrait mode because they seemed to struggle to blur the appropriate portions of the background. This is because there isn’t a depth camera.

In addition to Portrait mode, there are a few basic camera settings, including panoramic, video, and slow-motion. The video is limited to 30 frames per second and tops at 1080p. Therefore, movies may be shared directly on social media or messaging applications, just like images.

Should you buy the vivo Y16?

Aside from its attractive look and big storage, the vivo Y16 may not offer many noteworthy features. On the other hand, we can’t expect too much from phones in this price range.

However, the vivo Y16 provides bigger storage, so Filipinos may more easily save their precious moments at a cost that is within their budget. The vivo Y16 consistently lasts a day between charges and frequently even two, thanks to its reliable battery life. It will be fantastic for those who don’t want to charge their phones daily.

The vivo Y16 is a smartphone we can easily recommend with a price starting at only 7,999 PHP if you’re looking for something that won’t break the bank but will also function beautifully over time.

The vivo Y16 is available in 4+128GB for 8,999 PHP and 4+64GB for only 7,999 PHP. Both variants can be purchased via vivo’s authorized resellers nationwide and online at Shopee, Lazada, and vivo’s official online store. 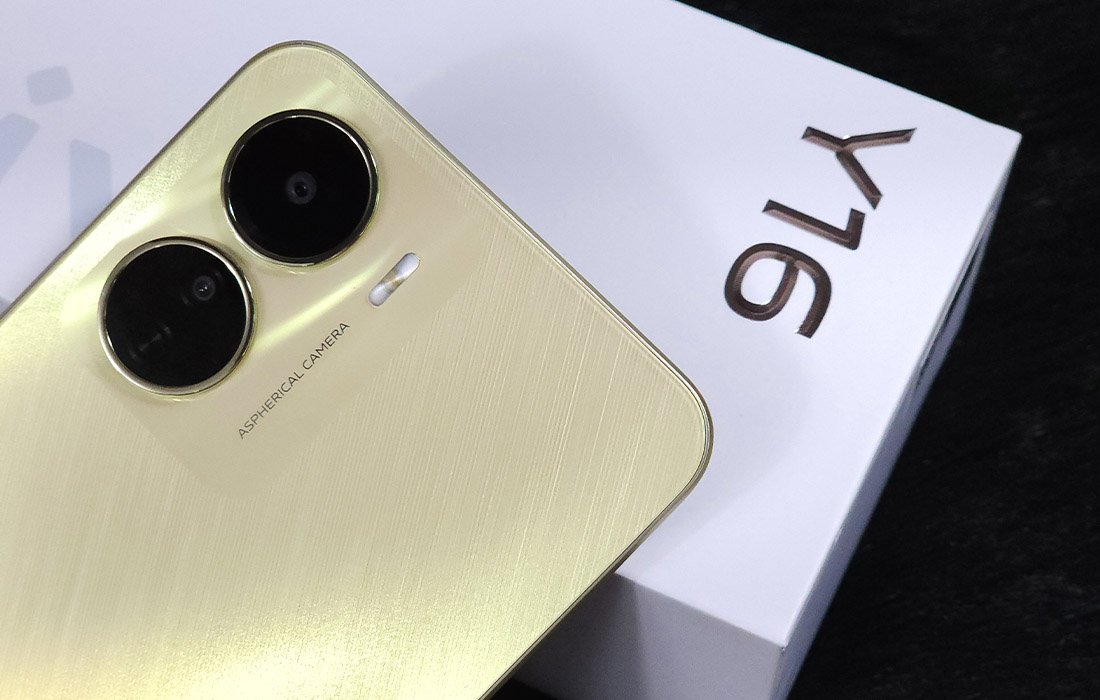 vivo Y16 Review: Verdict
Memory is Priceless! 7.1
Design & Build 8.5 out of 10
Display 6.5 out of 10
Performance 6.8 out of 10
Camera 6.5 out of 10
Good Stuff enormous storage space long lasting battery Multi-Turbo 5.5 Extended RAM
Bad Stuff occasional lags low resolution display only 10W charging
Summary
The vivo Y16 is a smartphone we can easily recommend with a price starting at only 7,999 PHP if you're looking for something that won't break the bank but will also function beautifully over time with enormous storage and a long-lasting battery.
Buy from vivo 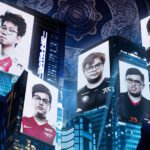 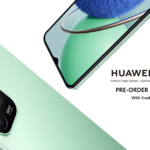