The Dimensity 9000 is a flagship challenger for Qualcomm, and now MediaTek has introduced its high-end counterparts, the Dimensity 8000 and 8100. Both processors are 5 nm devices with essentially the same circuitry. The 8100, on the other hand, is a silicon lottery winner and runs at higher clock speeds. There’s also the Dimensity 1300, which is a minor upgrade above the 1200 chip.

Both processors include the MiraVision 780, which supports a 168 Hz refresh rate at FHD+ resolution and a 168 Hz refresh rate. The 8100 chip differs in that it also supports 120Hz at WQHD+. Both feature 4K AV1 video decoders as well as HDR10+ Adaptive (which adapts HDR10+ content to changing lighting conditions).

The Imagiq 780 ISP can record HDR video from two cameras at the same time at 5 gigapixels per second, as well as 4K 60 fps HDR10+ recording with one camera. This ISP supports cameras with up to 200 MP sensors, 2x lossless zoom, AI-powered noise reduction, and HDR shooting natively.

Both chipsets include 5G modems (3GPP Release 16) with two carrier aggregations for a total bandwidth of up to 200 MHz. This enables download speeds of up to 4.7 Gbps. Dual SIM, Dual Standby mode is supported by the modem. Locally, Wi-Fi

The only difference between the Dimensity 1300 and 1200 is the enhanced NPU performance, which provides more number-crunching power for night mode and HDR processing with AI.

Smartphones with a density of 1300, 8000, or 8100 chipsets will be available in the first quarter of 2022, so expect a flurry of announcements in March from “some of the world’s largest smartphone manufacturers.” 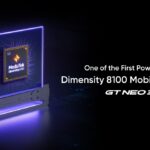 Realme GT Neo3 is launching with Dimensity 8100
Next Article 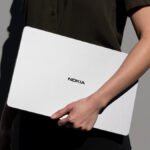