The Nothing Phone 1 has finally been released after weeks of anticipation. OnePlus co-founder and CEO Carl Pei made the announcement of the product today via a webcast.

Nothing revealed a lot of information about the phone in the run-up to this announcement. We were familiar with the phone’s appearance, the majority of its specifications, and even some information regarding its availability before the webcast. But for now, we pretty well understand everything there is to know about the gadget.

We were already aware of several key specifications for the phone, like the Snapdragon 778G Plus processor, as was previously mentioned. However, we now have a complete specs sheet with all the relevant information.

The specifications make it abundantly evident that the Nothing Phone 1 is not a high-end flagship. It does, however, have some advantages you won’t find on mid-range devices at this price point, most notably wireless charging.

The processor and cameras, though, make it clear that this phone is unquestionably a mid-ranger. Time will tell if the Nothing Phone 1’s low cost and distinctive design features can entice premium buyers.

Regarding the appearance of the Nothing Phone 1, there are two things that are really intriguing. The first is the device’s overall design, which has a glass back that is see-through. You can see the phone’s actual working internals by looking under the back glass.

The only other Nothing product to date to be released matches this transparent design, the Nothing Ear 1. The see-through design and colors of these truly wireless earbuds match those of the Nothing Phone 1.

The phone’s other intriguing feature is referred to as “The Glyph”. A group of LED lights on the back of the phone comes together to form an intriguing pattern. These lights can be programmed to carry out a number of tasks. The lights might pulse, for instance, to let you know when you get a new message. Additionally, they could flash when you get phone calls. You can also utilize the Glyph completely lit as a key light when utilizing the rear camera, and there is a cool charging animation when you plug the phone in.

The Glyph and the phone’s distinctive design are two major selling features overall. If none of these factors are important to you, this probably isn’t the phone for you. Nothing is making the slightest bet that consumers will be willing to pay more for a phone with unique features and aesthetics than one with the same basic specs.

The Nothing Phone 1’s open sales start on July 21, 2022, at 7:00 AM BST (2:00 AM ET). The phone will primarily be sold through Nothing’s website, but a few international carriers and stores will also sell it. From July 16 to July 20, Nothing will have a retail kiosk set up in Seven Dials, Covent Garden, London.

Unfortunately, the Nothing Phone 1 won’t be arriving in America. It will be accessible in 40 additional nations in addition to the UK, Europe, Australia, and India. There is a chance that Nothing will bring the phone to the US in the future, but it is more probable that Americans will have to wait until Nothing Phone 2. 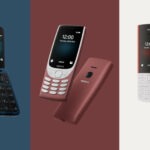 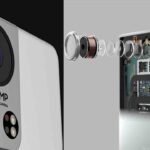