Billionaire Elon Musk’s high-speed satellite internet business Starlink is set to enter the Philippines after its local branch won regulatory approval from the country, which is battling with poor internet speeds.

The Philippines’ telecom regulator on Friday said it accepted the registration of Starlink Internet Services Philippines Inc., “paving the way for the company to start delivering internet access services to the Philippine market in the coming months.”

Starlink’s service is planned to be up and operating in the Philippines by the fourth quarter, according to its website.

The Philippines will be the first country in Southeast Asia to provide Starlink’s services, which are offered by modern, low-orbit satellites, the country’s National Telecommunications Commission said in a statement.

The service is offered in more than 30 countries, notably in North America and Europe. It has deployed nearly 2,000 satellites and aims to launch thousands more. The company offers high-speed, low-latency satellite internet service with download speeds of between 100 megabits per second and 200 Mbps, the commission said.

The commission stated that Starlink is intended to cover unserved or underserved villages in urban and suburban areas as well as rural areas.

Mary Grace Mirandilla-Santos, an independent industry researcher, said Starlink’s debut in the Philippines will provide a choice for end consumers, especially those in areas not serviced by incumbent carriers.

But its success in the country will partially depend on how swiftly the government can permit Starlink to set up the required infrastructure. “Is there enough spectrum for satellite Internet? Will Starlink be allowed to develop the necessary network so that it may provide flawless end-to-end satellite broadband service to the Filipino people?”

Another question “is there a market response? Will Filipino consumers utilize the service? Is Starlink’s service affordable enough? ” Mirandilla-Santos said. 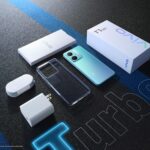 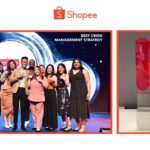