Xiaomi has revealed that the successor to the Mi 11 will be released on December 28th, exactly one year after the original was released. Following the company’s decision to phase out its Mi branding earlier this year, the new portfolio will be known as the Xiaomi 12 series. The event is expected to be focused on the Chinese market before the Xiaomi flagships make their way to worldwide markets in 2022, according to a teaser poster featuring Chinese sprinter Su Bingtian.

According to Gadgets 360, Xiaomi’s 12 series portfolio might comprise up to four different smartphones. The Xiaomi 12, Xiaomi 12 Pro, Xiaomi 12X, and Xiaomi 12 Ultra are among them, however, it’s possible that not all of them will be presented during the December event (the Mi 11 Ultra, for example, wasn’t announced until late March this year). Xiaomi execs have been seen posting on their Weibo accounts using the other three phones, according to Gizmochina.

There aren’t many official details about the incoming phones, but Xiaomi has announced that Qualcomm’s latest Snapdragon 8 Gen 1 engine will power them. The Xiaomi 12 and 12 Pro appear to have centrally oriented hole-punch cameras, according to marketing pictures published on Twitter by leaker @UniverseIce. According to leaked renders from @OnLeaks, other Xiaomi 12 features include a triple back camera with a 50-megapixel primary sensor.

Despite the fact that Xiaomi’s phones aren’t widely available in the United States, it is Europe’s second-largest smartphone manufacturer and the world’s second-largest Android manufacturer behind Samsung. Phones like the Xiaomi Mi 11 are driving demand since they provide equivalent features to Samsung’s flagships at significantly lower rates.

The Xiaomi Mi 11 was released worldwide in February of this year, so the international version of the upcoming Xiaomi flagship should be available soon after the December event. 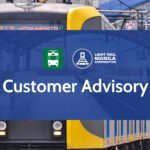 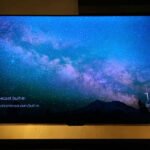