Qualcomm is said to be changing the name of their next flagship Snapdragon 8-series processor. However, the firm said on Monday that it is making even more significant changes to the popular mobile chipset brand.

Qualcomm is hosting its next Snapdragon Tech Summit next week, but in the meantime, the company has announced that its Snapdragon division will be a “standalone product brand with specific ties to the Qualcomm brand where appropriate,” adding, “We’re giving Snapdragon room for continued recognition and relevance with current fans, as well as for discovery and resonance with new fans.”

Thankfully, the suffix “5G” will be phased out of mobile platform names in the future, as 5G has become pervasive enough to no longer be necessary. Qualcomm has already stated that it will exclusively release 5G-capable mobile platforms from now on, so there’s no need to state the obvious.

Qualcomm also published a new marketing video to coincide with the event, marking the start of a “new era” for the brand. Apart from a few enigmatic references to the number 8, it doesn’t give much information. Previous Qualcomm trailers ended with a depiction of a processor chip accompanied by the SoC’s official name. The image of a mobile processor, on the other hand, is merely branded with the number 8 in this case.

It appears to back up previous reports that the Snapdragon 898 might be renamed. Qualcomm is considering dubbing the new SoC “Snapdragon 8 Gen1,” according to leaker Ice Universe.

The rumored name change appeared to be Qualcomm’s approach of getting around the 8-series naming scheme at the time. The following entry was rumored to be called Snapdragon 898, implying that its successor could not be named after a three-digit number beginning with 8 and having a greater value.

The name “Snapdragon 8 Gen1” was not finalized yet, according to Ice Universe, but it was the “naming logic” Qualcomm was exploring for the move. With the news of Qualcomm’s mobile chipset becoming an independent brand and beginning a new era, some tech aficionados were also perplexed as to why Qualcomm would call the next chipset “Gen1.” Now, calling the rumored Snapdragon 898 a first-generation product makes more sense.

Qualcomm’s next Snapdragon Tech Summit will take place on Tuesday, Nov. 30. The Snapdragon 888’s successor is likely to be announced during the keynote talk at these events. 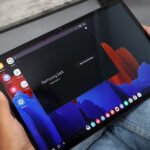 Samsung next year line up has been leaked
Leave a comment