Honor, a former Huawei sub-brand that separated from the Chinese tech giant last year, has released its latest handsets in China. The Honor 60 and Honor 60 Pro are two midrange phones powered by Qualcomm’s new Snapdragon 778G Plus engine, but they look and feel a lot like the Honor 50 series phones from earlier this year, right down to the dual-ring camera hump on the back.

Support for hand gesture controls is a notable new feature for both new phones, allowing you to do actions like making the “Okay” motion or raising your hand to perform camera controls such as switching between the front and back cameras or enabling picture-in-picture mode. The phone can recognize a total of five hand gestures, according to Honor, making vlogging “easier than ever.”

Honor is far from the first smartphone vendor to incorporate motions like these, with Google, Samsung, and LG all experimenting with similar capabilities. In the past, these controls were sluggish and inaccurate, so Honor’s technology has a lot to prove.

When it comes to recording, both phones boast triple rear camera sets. A 108-megapixel main camera, a 50-megapixel combination ultrawide and macro camera, and a 2-megapixel depth sensor are all found on the 60 Pro.

According to GSMArena, both phones have 120Hz curved OLED screens, albeit the Honor 60 Pro’s display is somewhat larger (at 6.78 inches) and curves around all four sides of the device, whilst the Honor 60 has a 6.67-inch display that curves around the left and right sides. Both phones have 4,800mAh batteries on the inside, up from 4,000 and 4,300mAh in the 50 Pro and 50, respectively. Both charge at a maximum of 66W, which is comparable to the Honor 50 but less than the Honor 50 Pro’s 100W fast charging.

Honor has yet to confirm a global launch for the phones, but it’s worth noting that, like the Honor 50, both phones would be able to come preloaded with Google’s apps and services if they were to be released outside of China. Meanwhile, Huawei continues to face US penalties that ban it from selling phones that run Google’s proprietary software.

In China, the Honor 60 Pro and Honor 60 are now available for pre-order at the following prices:

So yet, the Honor 60 series has only been launched for the Chinese market, with no plans for a global release known. However, given that the Honor 50 was only available in China for a few months before being released elsewhere, we shouldn’t have to wait too long if a global release is on the way. 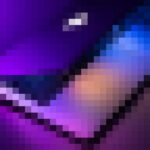 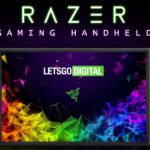 Razer is working on a Nintendo Switch competitor
Leave a comment