Xiaomi only launched the Redmi K50 Gaming, the first member of the Redmi K50 series, a few weeks ago. The Redmi K50 Gaming, which is also available in Mercedes-AMG livery, comes with a Snapdragon 8 Gen 1 SoC and a slew of gaming capabilities. Xiaomi has now confirmed that more variants will be released on March 17, as shown in the teaser photos below.

At 19:00 China Standard Time, Xiaomi will kick off its Redmi K50 series launch event (11:00 UTC). While Xiaomi has not said how many devices it will unveil on March 17, officials from the company have posted on Weibo using the Pro version.

As expected, Xiaomi has revealed a few facts about at least one more member of the upcoming series. Xiaomi has announced that the series will have a Dimensity 9000-powered variant at the time of publication. The Dimensity 9000, which was released last year, is a 4 nm SoC that features a 3 GHz ARM Cortex-X2 core, three 2.85 GHz Cortex-A710 cores, and four 1.8 GHz Cortex-A510 cores. The Mali-G710 MC10 GPU in the Dimensity 9000 is also in use, with 10 of its 16 cores utilized.

According to previous rumors and leaks, the smartphone in question is the Redmi K50 Pro+, with the vanilla variant and the Pro slated for Snapdragon 870 and Dimensity 8100, respectively. Xiaomi has also hinted that the handset will include a 108 MP primary camera, which might be the same sensor as the Redmi Note 11 series. Between now and March 17, Xiaomi will undoubtedly provide additional information about the upcoming series. 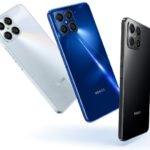 Honor X8 is now official with Snapdragon 690 chip
Next Article 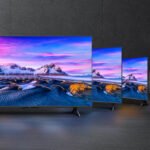