Smart Communications is preparing to defy the law of mobile technology by allowing customers to pre-order the Samsung Galaxy S22 Series from February 10 to March 3, 2022, at all Smart Stores around the country.

Using Smart, the fastest mobile network for Samsung smartphones according to Ookla®, the global leader in mobile and broadband intelligence, the Galaxy S22 Ultra, S22, and S22+ are best enjoyed as the latest 5G-capable flagship products of the Korean tech giant.

The Samsung Galaxy S22 Series is best coupled with the Signature Plan L, which includes 15 GB of free data per month, Unli AllNet calls and texts, and 150 minutes of PLDT Calls throughout the course of a 24-month contract.

Subscribers who apply between February 10 and March 3, 2022, will be eligible for a number of gifts, including a P3,000 silicone case and a P3,000 lucky box strap. You can check all deals here.

New Smart Signature customers who purchase the Samsung Galaxy S22 Series can also take advantage of special pricing and charge their device cash-out to their monthly payment, removing the need for a cash-out ahead.

Any Smart Signature Device Plan bundled with the Galaxy S22 series will be available to switching postpaid subscribers from other networks who are porting in under the Mobile Network Portability (MNP) program. 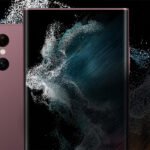 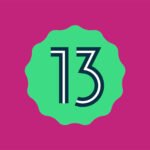